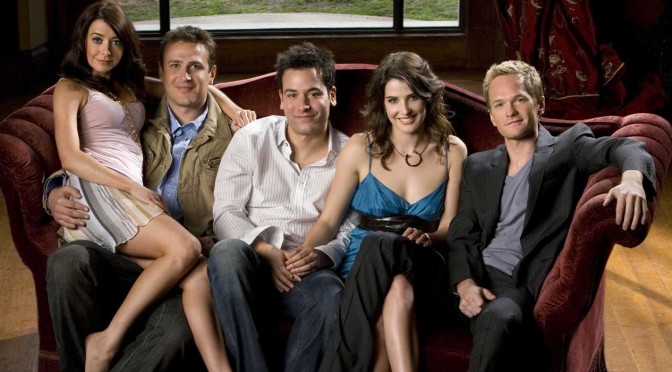 Nothing ends the way we want.
We can only hope that it ends well.

I have been watching How I Met Your Mother for a few years and am invested into the story of a romantic who is looking for the love of his life. The finale was a bit too fast-paced for my liking but it holds true because when you are happy, the good times seem short and go by so quickly.

I am of two minds when it comes to Ted ending up with Robin. It is not what I would have hoped but it brings the story to a full circle. One of the big issues people had, was that the whole final season was about Barney & Robin’s wedding, and the marriage was over within the first quarter of the finale. Three years in real time but let’s face it, they have been close friends for years before that. While the season had it’s sweet moments between the two as they prepare for their wedding, the underlying fact during the season remains that they are incompatible in the long term.

The show built up Tracy to be the love of Ted’s life and she is, for the decade or so she is with Ted. Ted mirrors Tracy’s life in that what she thought was her one great love was taken away from her; that was essentially what happened with Ted and Robin. In Ted & Tracy’s story, the found each other and were happy.

The fact is that Robin will always have a special place in Ted’s heart, just as Max will always be special towards Tracy. Ted and Robin each had their own goals and dreams to fulfill that caused them to split up in the first place. However, once those have been fulfilled, they still want to be together.

You may not agree with it, but the fact is that Ted and Robin have a special relationship with each other. Looking back at the series as a whole, you see Robin framed as the pivotal person in his life. Everyone else is the support for him but Robin is the change factor that made Ted a better man.

Tracy knew that Robin has a special place in Ted’s heart. Which is why they only got married after 7 years (and 2 kids) and she was the one who made sure Robin was there. Let’s not forget what happened the last time Robin was at Ted’s wedding. I’m sure at that point, Ted inviting Robin was a formality and her declining the invitation was acceptable to him.

We may end up with someone who is right for us for a time. Ted and Tracy were both broken and found each other and that helped them to heal and grow. But for some people, there will always be a special place in our hearts for the person who helped change us into a better person.